Joshua Scigala has seen plenty of critical events in the crypto space. The first was when Mt. Gox collapsed. Mt. Gox was a bitcoin exchange based in Japan. Launched in 2010, it was handling over 70% of all bitcoin (BTC) transactions worldwide by early 2014, when it abruptly ceased operations amid revelations of its involvement in the loss and theft of hundreds of thousands of bitcoins, then worth hundreds of millions in US dollars. Though he’s lost more money than most people make in a lifetime, Joshua didn’t leave the crypto space, he vowed to make it better.

While his perspective of what works and what doesn’t in crypto has certainly shifted over the years, what he’s adamant about is that his philosophy hasn’t changed: “Don’t steal,” says the Co-founder of TheStandard.io and Vaultoro.com.

“The FTX scandal is a lot of smoke and mirrors,” he explains. “It’s really important to look at the fundamental technology and what has been solved using [Satoshi] Nakamoto’s consensus and solving the double-spend problem in a digital environment.” The implementation of the first blockchain database effectively recorded every digital transaction, preventing the double sale or receipt of digital items.

Losing all that money in the Mt. Gox collapse inspired Joshua to invent the “glass books” system in his firm Vaultoro.com, a transparent blockchain protocol that fosters financial institution transparency while maintaining client data privacy. In the current state of affairs with FTX, it’s not the illegality of what happened that bothers Joshua, because it was clearly illegal, but the fact that FTX was not more closely scrutinized.

“The blockchain space allows people to try economic theory voluntarily and test things out,” he says. “This is why you have huge calamities, because people just rush in blindly without any education into what’s going on and what [the offer] is. They see a high return on APY (annual percentage yield) and they say, ‘I’m in!’”

After predicting the collapse of terra luna two years before it happened, Joshua put his mind on building the ultimate fully backed and decentralized lending and stablecoin solution called TheStandard.io to compete against future CBDCs.

“You can’t back a token with fluff,” he states. “You want a backing of hard assets with real value, and then you can issue currency from that.”

For these and other insights into how to understand the current crypto winter, listen to the full interview with BlockSolid podcast host Yael Tamar. 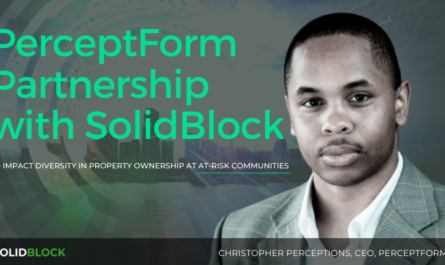 Are Your Digital Assets Safe? 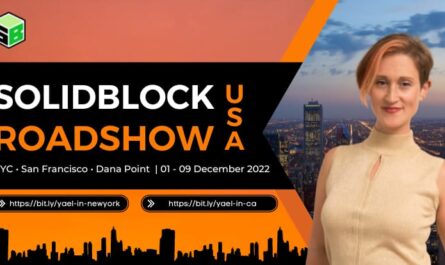 SolidBlock: Traveling the World for Web3 and Blockchain Education