A self-styled “nerd,” Neal Bawa was diagnosed with Autism at the age of nine. Working within the medical system—and especially with one caring nurse—Neal overcame many of the disadvantages he encountered as a young boy growing up in India. What he didn’t seek to correct was his ability to “see numbers in everything.” This gift propelled Neal forward and eventually gave him the skills to use numbers to create context out of his surroundings.

“Real estate is simply the largest industry in the world,” Neal explains. “The total value of all real estate is $326 Trillion, which is more than twice the size of the world stock market.

“But it’s also the most backward industry in the world,” he continues. “There are so many ways technology can be used in real estate. One of them is tokenization that will accelerate equity growth and liquidity.”

Neal also advocates using analytics and Big Data to understand the marketplace. When analyzing the historically high inflation hitting the US economy within the context of the US economic track record, Grocapitus has discovered that in the past 61 years, the Federal Reserve has raised interest rates nine times to battle high inflation, causing a mild recession in eight of those times.

“Data shows us what this path ahead will look like,” Neal stresses. “When in every historical situation the Federal Reserve has cut interest rates, they bring us to our knees then raise us back up. This is the transition process in a developed economy.”

Analytics are also crucial in understanding how to invest in a tough economy. “At times of risk, the best way to invest is called ‘Fundamentals Investing,’” Neal explains, pointing to Warren Buffet as the expert in true value investing. “Technology helps us in figuring out where the fundamentals are strong. We analyze key metrics to establish how cities are [reacting] and then back-test them.”

Grocapitus makes a point of offering its data free of charge. With their offering of 26 webinars a year on all manner of subjects that are attended by 1000s of people, Grocapitus has gained a reputation for trustworthiness, accountability, and credibility. Although, as Neal freely admits, his predictions are not always quite on the mark. Six months ago, Neal gave a seminar on the impact of the Ukrainian war on the US economy. Little could he imagine that Ukraine would be holding on so fiercely to their land and their independence.

Listen to the full interview with BlockSolid podcast host Yael Tamar on Episode 42. 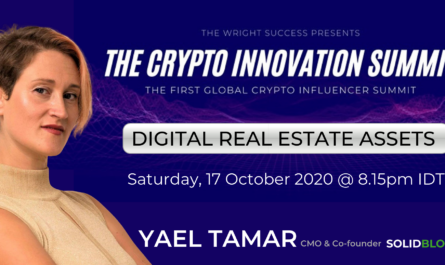 SolidBlock to Participate in The CRYPTO Innovation Online Summit 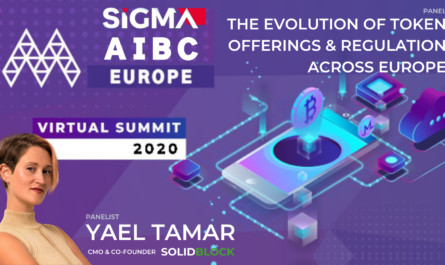 The Evolution of Token Offerings and Regulation Across Europe 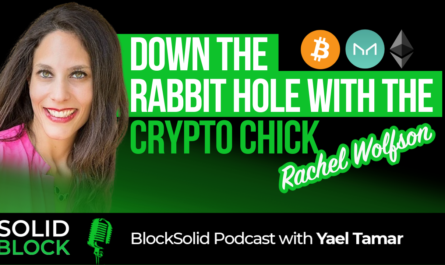 An Interview with Rachel Wolfson, aka The Crypto Chick