“What if I have to sell my shares?”

When it comes to raising capital, the biggest question investors are asking today in real estate is, “What if I have to sell my shares?”

If you want to know how to bring liquidity to traditional real estate deals and provide investors with a way to exit or cash out after only one year (as opposed to a lockup of 5 to 10 years), then you need to learn about tokenization.

When she was interviewed on Agency for Agents, SolidBlock’s CEO Yael Tamar expertly broke down real estate tokenization for asset owners and real estate professionals. In fact, she was so successful that co-hosts Christine Andreasen and Aaron Hendon exclaimed their joy at finally understanding the process.

We’d like to outline two scenarios where tokenization gives sponsors a transformational tool to help them raise capital more easily along with the ability to unlock the liquidity value of their investment within one year.

Real estate tokenization is an emerging trend representing the convergence of real estate investing and blockchain technology. Tokenization helps asset or fund owners raise capital more efficiently because it allows them to overcome the objection that with money locked in a project, there is no liquidity option.

Tokenization is a relatively new term used to describe a fundraising in which investors exchange fiat (or cryptocurrency) for “tokens.”

These tokens are secured through the immutability of blockchain technology, and they’re tradeable via crypto exchanges or Alternative Trading Systems (ATS). Read more about SolidBlock’s involvement in the 1st tokenization project in the US, the AspenCoin Case Study.

“Many investors are reluctant to put a large sum of money in assets or projects that will tie up their money for 5-7 years,” explains Yael. “With tokenization, instead of expecting your money to be locked up for a long period of time, you’re able to invest and then trade your investments to cash out.”

Let’s break that down.

Real estate agent Aaron (thanks, Aaron, for lending us your name!) finds a multi-family property valued at $2.5M. His option is to go to a lender to raise the bulk of funds, but he still has to raise the equity. When we talk about tokenization—bringing investors in—we’re talking about the equity part of the project.

Aaron receives a bank loan for $2M. He still has to come up with $500K in cash. Now, as a sponsor, Aaron must bring in limited partners (LPs) to help raise the money.

Let’s say Aaron has a good investor community who believes in his ability to negotiate a good price, and they like real estate. Four people put in $100K each together with Aaron. All is good.

In the traditional marketplace, these other four investors are dependent on Aaron to sell the property to receive a return on their investment. If one of them, says Jill, comes to Aaron in a year and says, “Hey, Aaron, my kid is having a bar mitzvah and I need that money back,” Aaron has to come up with $100K. Someone has to buy out Jill’s investment in order for her to get her money.

Aaron now has the headache of going to his other clients to ask if they’re interested in buying Jill’s shares. The price is uncertain. In the time that’s passed, the property has gone up in price. Will Aaron return Jill’s flat $100k, or is he obligated to pay her more? And don’t forget the legal fees involved in any transfer of shares.

Let’s say Aaron fronts the $5M himself then develops the property through renovation and bringing in new tenants. His asset appreciates to more than $5M. Now Aaron can sell it to another buyer. Maybe he calculates more appreciation over time and is torn between selling and keeping it.

Here’s the thing: Instead of selling the whole building, Aaron is going to sell it fractionally to people who want to invest in an asset that is yielding and stable. Aaron doesn’t need to keep all his money locked up in this asset. He’ll offer other investors an ROI of 7-8% annually. These LPs will buy $2M out of the $5M that Aaron initially invested. That’s Aaron’s way of gaining liquidity.

How does tokenization work?

Tokens have been around since the 1300s. Most commonly, tokens were a pledge redeemable in goods, and often as a replacement for currency. In modern times, many countries employed tokens in daily life, for example, phone tokens that inspired cultural experiences and expressions. When considering real estate, a token is a representation of an asset.

Let’s say Aaron wants to tokenize his property. When his four friends invest $100k each, for convenience’s sake we’re going to say that they receive 100,000 tokens each. The nominal price of each token is $1. The number of tokens is based on the appraisal of the property. The whole property is $2.5M, with a bank loan for $2M, and a capital raise of $500K.

The friends bought into the deal with the tokens priced at $1 per token. Let’s say the property appreciates because Aaron oversees some renovations. If the property is worth $3M, the tokens are now worth $1.20 each. Not a bad initial profit, especially if you trade your tokens.

How are tokens created (and why is blockchain a powerful tool for ensuring that Aaron and his friends will stay friends no matter what)?

A blockchain is a digital record of transactions. It is an immutable ledger which means it cannot be tampered with.

First, Aaron creates an SPV (special purpose vehicle) which is a company that owns a piece of the asset for the raise of $500K. The company will issue 500,000 shares. Each of the four friends plus Aaron receives 100,000 shares in the company. Then, when Aaron turns to SolidBlock to act as his tokenization platform, SolidBlock creates a smart contract which is a ledger based on a public blockchain like Ethereum.

SolidBlock is the tech partner that has the capability to enable Aaron to write these transactions on the blockchain via a smart contract. These contracts are code that is trustless—meaning as long as the parties have agreed to the logic in the contract, there is no need for a third party intermediary and the settlement executes the transaction independently once terms are met. These contracts can exist between more than one person, either as individuals or as organizations. What is written in a smart contract is there forever and for everyone to see. On Aaron’s smart contract, you’ll see that 5 investors bought 100,000 shares each in this asset

A token, therefore, is basically a digital representation of these shares. A token represents the title of the registry that sits on the blockchain and tells us who owns the company. These tokens are also called digital securities.

Why do we need tokens?

In a year, Jill is going to decide to sell her tokens. Instead of saying, “Hey, Aaron, I want to sell,” Jill is going to list them on an exchange. Obviously, the owner of the project, meaning Aaron, will have made a deal with an exchange where the securities can be sold. Jill pushes the button on the SolidBlock platform and tells us how much she wants to sell. Maybe she only wants to sell a portion of her tokens, say 20,000. The tokens are listed on an exchange and someone buys them. Jill is cashing out.

A token is much easier to trade than the actual shares. And remember, the shares represent ownership in an asset because the SPV owns the asset. Jill has just introduced a new owner to the company.

Without blockchain and without the tokens, if Jill wanted to sell her stake in the investment, she would need to personally find a buyer (with Aaron’s help), hire a lawyer to write a contract to transfer the shares (assuming she could get a good price for her shares), and make sure that the original contract gave her the right to sell her shares. The value added for tokenization is that all that work is now incorporated upfront in the tokenization of the shares and there’s an agreement that these shares can be offered for sale on an exchange. No second or third parties need to be involved.

Basically, tokenization introduces the advantage of liquidity to a real estate transaction. Aaron and his partners will use a secondary market because it is the easiest place to sell those tokens if an investor wants out.

Defining the regulatory and philosophical processes

In terms of regulation, every asset offering starts with a business model and some type of philosophy. Aaron’s going to tell his investors, “Hey guys, my plan is to hold the asset for 7 years because that’s when I calculate the best valuation for it.” As we all know, circumstances change.

In order to offer a tokenized asset compliantly, SolidBlock files for a Reg D 506C exemption from the US Securities and Exchange Commission (SEC) that allows accredited investors to participate in offerings. The SEC defines an accredited investor as either:

Another advantage of tokenizing for Aaron is the wider audience of potential investors he can tap into. The initial four investors came into Aaron’s project because they knew and trusted him. But imagine if Aaron brought in investors that he didn’t know. Blockchain enables these unknown investors to view their transactions on the public blockchain so that they know their ownership is safe and that all the terms of the contract are being fulfilled.

The global tokenization market is worth $2.3B with a CAGRE (compounding annual growth rate) of 19%, reports Markets and Markets. The World Economic Forum estimates that up to 10% of global GDP will be stored and transacted via blockchain by 2027. Tokenized markets could potentially be worth as much as US$24 trillion by then.

“Tokenization is the ideal tool for realtors and real estate agents with large audiences to level up,” says Yael. “Take your expertise, combine it with the new technology and enable your audience to become investors in liquid property. As the market develops there will be increased demand for the tokenization of assets. The demand will also depend on how much of a track record agents have. That’s why it’s worth investing in tokenized real estate without having to lock up your money for years.”

To watch our 15-minute video on how tokenization works, click here. For a free consultation on tokenizing your asset, click here. 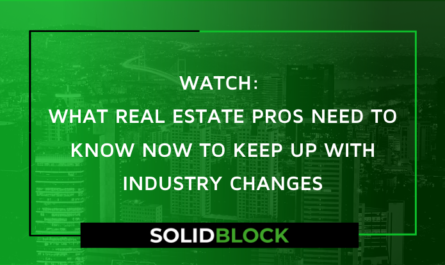 Watch: What real estate pros need to know NOW to keep up with industry changes 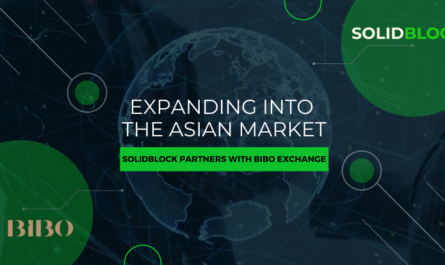 Expanding into the Asian Market: SolidBlock Partners with Bibo Exchange 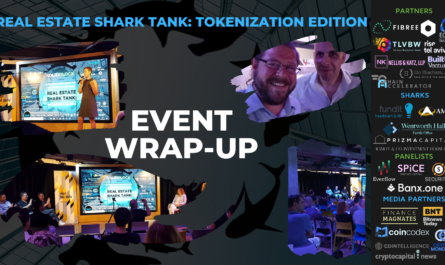