Chickens, Roads, and the Other Side of Custodianship

This article is about chickens. Well, not really about chickens. It’s about how, even within the decentralized financial system that is rapidly coming of age, we must create regulatory and custodial services to defend our chickens… erm, digital assets.

A corollary to the chicken and the egg dilemma: if a chicken farmer can’t prevent theft of chickens from their coop, are there other ways they can secure those chickens?

“You can build a really safe henhouse, but if you make a chicken that can’t be stolen, who cares about the safe henhouse,” asserts Douglas Borthwick, the chief business officer at Inx.co, a crypto, and securities trading platform for institutions.

That’s the analogy Douglas used during a panel at the LA Blockchain Summit in November 2021, sponsored by Draper Goren Holm, on the weighty issue of digital asset custodianship.

With him on the panel were Glen Barber, head of sales for the Americas at Copper, a global digital asset firm; SolidBlock’s very own Co-founder and CEO Yael Tamar, an asset tokenization platform for real estate; Oleg Kurchenko, Founder of Binaryx.com, a cryptocurrency exchange; and Brian Korn, a partner at Manatt, Phelps & Phillips, who focuses on securities laws and broker-dealer compliance. The panel was chaired by Jeff Benson, the senior editor at Decrypt.

What Do We Mean by Custodianship?

Plain and simple, custodianship in the crypto world is taking care of and making secure the digital assets that an individual owns.

With the entrance of large financial institutions into the crypto space, the regulation and custodianship of these assets take on greater significance.

“Institutional investment is a global phenomenon just like blockchain and crypto is,” explained Glen. “Everything prior to the last 12 to 18 months was dominated by crypto native hedge funds, arbitrageurs, and other investment and trading houses. Now you’re seeing a migration from traditional financial firms. We’re seeing news of pension funds making the first asset investments not only into the VC community but also directly into Bitcoin. This is creating a wave of institutional engagement that is just going to get bigger.”

Custodianship can be seen from both the side of the user and the provider.

“The most basic service is storing the key to the crypto wallet on behalf of the user,” declared Yael. “The biggest fear in the crypto world is if you’ve lost your key, you’ve lost the asset.”

A simple cryptocurrency wallet contains pairs of public and private cryptographic keys. The keys can be used to track ownership and receive or spend cryptocurrencies. A public key allows others to make payments to the address derived from it, whereas a private key enables the spending of cryptocurrency from that address.

Yael thinks that the traditional role of banking allows investors to put their trust in the institutions holding their assets. “The issue of trust is why this industry has grown so big; almost every institution is either building in-house custody solutions or using external tech providers” to secure their clients’ assets.

In a study conducted by Fidelity Digital Assets between December 2020, and April 2021, 52% of institutional investors were already investing in digital assets. Yet there is tension between younger and older investors. The younger generation doesn’t know the big banks or even trust the custodians, suggests Douglas. They’re more interested in the self-custody of their assets.

“At Inx.co, we’ve solved the problem for individuals who want self custody by using a token called ERC-1404,” he explained. “You can’t lose these tokens whether they’re stolen, disappeared or you’ve lost your keys. They allow us to revoke tokens from a lost wallet and reissue them to a new wallet.”

According to Douglas, the ERC-1404 is the safest chicken in the coop. It was designed with input from issuers, securities law firms, and exchanges.

But it doesn’t solve all the issues.

“What was off-putting about this industry for a long time was how ruthless it was,” clarified Brian. “As capital moves into the custodial space, and into the infrastructure of this industry, an older generation is moving into this stuff big time. It’s not just for college-aged kids in their basements.”

Institutional investors are realizing that their current wallet solutions are not sufficiently secure for their needs, Yael points out. In an unusual trend, DeFi companies are acquiring their own custodians. For example, Celsius just bought GK8, which happens to be SolidBlock’s custodian.

Regulations is the New Buzz Word

It’s not just custodianship that is the new buzzword. Large financial institutions are entering the DeFi space because their investors are leading them there. But is this new space regulated?

“People who say there is uncertainty in the regulations are the ones who are in trouble with the regulators,” quipped Douglas.

Brian, representing the only lawyer on the panel, attempted to pinpoint the issue of regulations. “To the chagrin of most regulators, custodianship is not by and large as regulated as one might think,” said Brian. “What is regulated is your ability to take cash from someone, your ability to swipe someone’s credit card, and your prohibition on doing business with people who are on terrorist watch lists. There’s a move to set up a global exchange where all stakeholders subscribe to a similar set of rules with respect to KYC/AML.”

Know your customer (KYC) and anti-money laundering (AML) checks are becoming almost standardized worldwide. “This is the biggest concern with most regulators,” continued Brian, “not just the FBI or the SEC (US Securities Exchange Commission), but Interpol and agencies around the world whose goal is to prevent fraud and people using blockchain to further crime.”

To understand the nuances of custodianship, we must also recognize the difference between cryptocurrencies and digital assets, two kinds of tokens with different functions.

“There’s a different set of licensing involved for digital assets,” explained Yael. “Securities represent real-world assets. It could be someone’s real estate, their home. So we have to create a new set of rules because one must not lose their real estate together with their keys.”

Douglas agreed. “There are plenty of exchanges out there that trade crypto that as [Gary] Gensler [chair of the SEC] said are listing hundreds of tokens that they see as securities. And I think we’d all see them as securities.”

“People only worry about custody issues if they’re worried about losing their keys,” continued Douglas, in reference to his chicken analogy. “If you actually package the security in such a way that it can’t get lost and stolen, then the whole question of custody becomes null and void.”

Glen disagreed. “It’s a very different ballgame when you manage institutional money on behalf of other clients. If I’m an individual investor, I’m pretty happy with a non-custodial arrangement because it’s my money and I can choose what to do with it. The biggest thing that institutions worry about is the risk of hack, theft, and fraud, and the custodians out there with the best technology and the best architecture are the best places to keep those assets safe.”

Will future tokens have built-in safeguards? As Brian suggested, there’s a friction point between security and functionality.

“I believe that future technological innovations that imbed security in the asset itself will be developed within the next two or three years, probably rather rapidly, to make an asset that can’t be stolen,” suggested Yael. “Why can’t we put MPC [multi-party computation] inside the token?”

MPC is a subfield of cryptography that enables multiple parties to jointly compute a function or transaction without revealing the source of inputs. The inputs provided to a function are always private.

Douglas agreed. “I believe that in the next two years, I’ll have a wallet on my phone that will hold the NFTs [non-fungible tokens] of my driver’s license, my COVID vaccination, my passport, my cryptocurrencies, and digital securities and I’ll be able to do the custody myself. And if it’s stolen, I’ll know who stole it because I’ll be able to go on Ether scan and see it was this wallet here. Then law enforcement is going to go and knock on that door, and bang the thief on the head.”

In thinking about the future of regulations of digital assets, Glen’s thoughts turned to the US state vs national regulatory environment. “My biggest fear is that well-known jurisdictions such as Wyoming and New York will come out with their own regulatory environments and terms of banking licenses while the federal government is dragging its feet and deciding what or if they’re going to do anything.

“Who will be in charge? Is it going to be the SEC? Is it going to go to CFTC [Commodity Futures Trading Commission]? Are they going to play nice in the sandbox? Should we actually create a digital assets commission of some sort? I wonder on a daily basis how far the states will go and if there is a point of no return that’s going to be a poor outcome for the US compared to its global competitors.”

Brian’s thoughts turned to the legal implications of crypto deals. “Somebody asked me if they could bring a lawsuit for breach of a smart contract. There is no such court, right? This is unsecured finance. And the only reason a deal works is that it worked the last time. And the technology and the innovation are ahead of not only the regulation but also a lot of the safeguards. We haven’t heard whether a company that lends out tokens needs a lending license. These are things that I worry about.”

In the fast-changing world of digital asset custodianship, the future is wide-open.

To listen to the full LA Summit panel, click here. 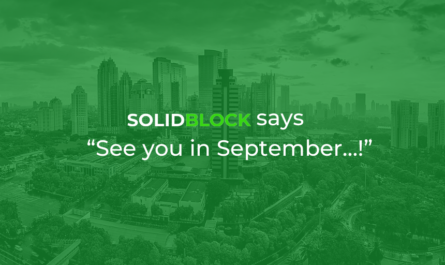 SolidBlock says “See you in September…!” 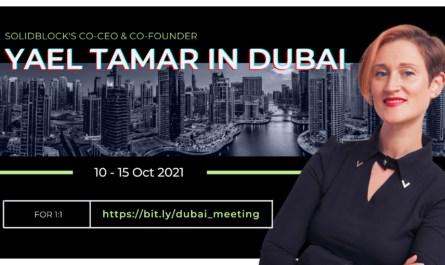 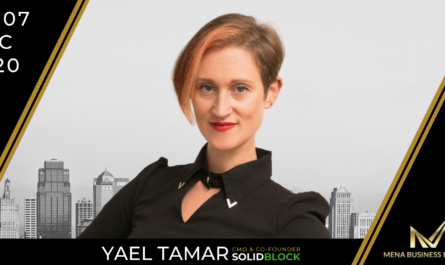