The best gift for the holidays? SolidBlock’s got you covered. Click here.

When a small Toronto newspaper, The West End Phoenix, received a Bitcoin donation, they had no idea what to do with it. In a humorous article in The New Yorker, “Thanks for the Bitcoin! How Does It Work?” the article suggests that help came from an unusual source, namely Anthony Di Iorio, one of the co-founders of Ethereum, who happens to be a Toronto native.

While the quirky newspaper, loved by author Margaret Atwood, eventually set up a crypto wallet, the founder and writers were anything but charmed by the course of events, claiming that their purpose in writing and publishing an actual print newspaper was a slowdown reaction to the fast-paced advance of technology.

The Benefits of Crypto Donations

In a year when a record $471 billion was donated to charities by Americans (according to Giving USA, 2020 giving saw a 5.1% increase in total over 2019), cryptocurrency contributions dually rose.

Fidelity Charitable, the nation’s largest grantmaker, received more than $274 million in cryptocurrency contributions—nearly quadruple its prior record of $69 million in 2019, according to a company spokesperson. Their 2021 Giving Report recorded that in 2020, two-thirds of contribution dollars to Fidelity Charitable were in the form of non-cash assets, 57% were in the form of publicly traded securities, such as stocks, and more than $1.6 billion were non-publicly traded assets, such as private stock, limited partnership interest, or cryptocurrency.

Additionally, the crypto donation platform Engiven this year facilitated a $10M Bitcoin donation to an undisclosed charity, one of the largest in history.

What is so special about crypto donations is that donating crypto or tokenized assets directly to a nonprofit is a non-taxable event. This means no capital gains tax is paid when filing taxes. And, like any other donation, this type of donation would additionally be tax-deductible.

HODL or Cash In

More and more charities and nonprofits are setting themselves up to accept crypto donations, but crypto giving still has some hurdles to overcome.

While large charities like the Alzheimer’s Association and The United Way have the resources to create crypto giving initiatives, smaller charities and nonprofits can turn to organizations like Engiven or The Giving Block, donation platforms that empower nonprofit organizations to securely accept and exchange cryptocurrency donations.

Due in large part to the volatility of crypto, once they have received crypto donations, charities are in a bind as to whether to HODL (hold on for dear life) their crypto or cash it in. Some giving platforms, like Fidelity Charitable, convert all crypto donations to cash right away.

“You can have a situation where somebody donates cryptocurrency, and if we don’t sell it right away, it could lose 20% of its value in a day,” said Tony Oommen, a vice president, and charity planning consultant at Fidelity Charitable. “Or it could go the opposite direction, but we don’t try to speculate on that.”

Where We Go From Here

Another issue that has confronted several nonprofits is the environmental damage associated with the mining of cryptocurrencies. Tesla has refused crypto payments for their cars. Greenpeace, for the time being, has stopped taking crypto donations.

With a recent Pew Research Center study suggesting that 16% of Americans have invested in, traded, or used cryptocurrency, it seems the growing trend of crypto giving will compel more charities onto the path of accepting crypto donations.

The Perfect Holiday Gift is on the SolidBlock Marketplace

Just in case you’re stuck trying to figure out what to give your special someone for the holidays, we suggest you take a look at SolidBlock’s marketplace. Our real estate projects have a minimum investment of $5,000, which is significant in that these expansive commercial investment projects are normally available only to large institutions that invest millions.

Or, if you’re looking for a more practical gift, educate yourself for Christmas by taking the SolidBlock Tokenization 101 course. Don’t miss out on this great opportunity. 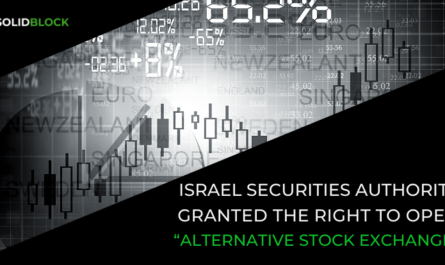 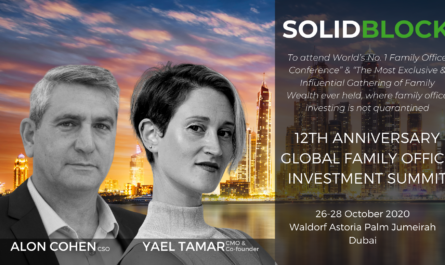 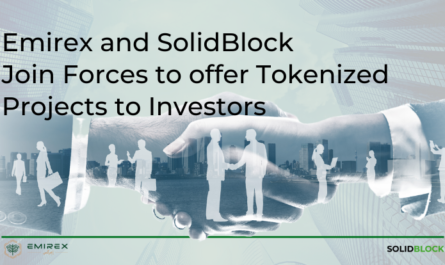