When a new and disruptive force like tokenization comes along, a lot of people are tempted to ignore it.  Maybe they hope it’ll go away.  Maybe they figure it has nothing to do with them.  Or maybe they just think it’s too risky.

On a recent guest spot on Bootstrapping Your Dreams, hosted by Canadian entrepreneur, investor and tech enthusiast Manuj Aggarwal, SolidBlock’s Yael Tamar got into the psychology of risk.

Manuj asked Yael why it is that some people (like her and SolidBlock’s co-founder Yuval Wirzberger!) are eager to dive in when they spot an up-and-coming new technology like blockchain, while others are happy to ignore powerful forces around them and just keep trying to do things the way they’ve always been done.

As Yael explained, “In general there are three things that are part of our human nature, that prevent us from realizing our dreams.

“One of them is fear of the unknown.  It’s true that humans are not programmed to go and seek out danger. You know, we run away from danger, right?  So that’s number one.

“Number two is herd behavior. We’re a social animal, we’re looking to what other people are doing. Even if it’s not working for them, we do the same.

“And then, finally, it’s basically overthinking: you know, asking, ‘What’s the worst thing that could happen?’ We tend to overestimate risk, so it’s not only that we run away from danger, we’re also risk-averse because we tend to overstate the risk related to our activities.

“So that’s why there are some people, very few people, in the world who get to be rich or self-fulfilled and so on.  It’s because we don’t take the risk.”

From there, the conversation dove into the depths of crypto, Bitcoin mining, stablecoins, and use cases for blockchain in democratizing and incentivizing real estate investment.  Manuj’s show is called Bootstrapping Your Dreams for a reason. If your dreams include making a ton of money and harnessing rising forces in today’s economy, you’ll want to catch the replay of this show.

And speaking of opportunities – make sure you’re following all our social media so you don’t miss any of our important announcements coming up along with other fascinating guest appearances on today’s leading tech channels. 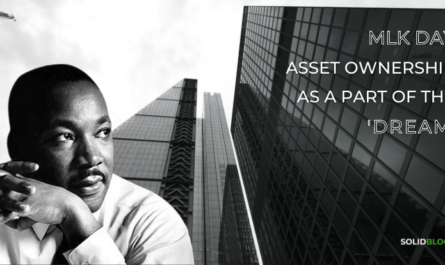 MLK Day – asset ownership as a part of the ‘dream’ 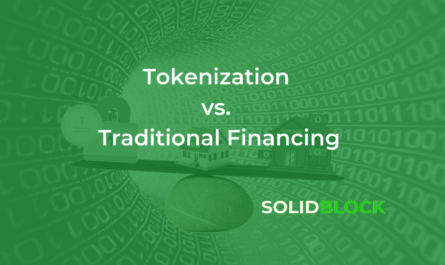 Tokenization vs. traditional financing: use cases