SolidBlock welcomes our new CTO Dan Bystritsky. Dan hails from Kiev and made aliyah (immigrated) to Israel at the age of five. A Jerusalem resident, Dan studied computer science but always indulged his passion for technology and technological innovations.

After his first unsuccessful startup right after his studies at the Mofet Institute and Hebrew University, Dan co-founded and worked as the CTO of 200apps.com, a top Jerusalem development agency. Working with 200apps, he took part in the development of a vast array of technological projects, military applications, VR, IoT products, and many commercial startups and companies. He also successfully co-founded SkySparks, the first and only drone show company to offer non-explosive fireworks shows in Israel.

Recently, Dan’s interest was piqued by blockchain technology. Having met SolidBlock Co-CEO and Co-Founder Yuval Wirzberger while working at 200apps, Dan approached Yuval about the possibility of working with SolidBlock.

While this is Dan’s first venture as CTO in a blockchain-oriented startup, Dan aims to shepherd SolidBlock towards greater visibility.

“We are on the verge of blockchain technologies being integrated into many different industries,” suggests Dan. “In the case of SolidBlock, our use of blockchain will allow for greater liquidity in the real estate market.” How to Profit From Real Estate Amid the COVID-19 Pandemic and More: Hitechies Podcast Interview With Yael Tamar

Behind so many great businesses stands… a powerful woman 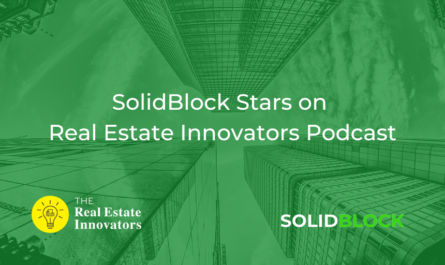