Recent events indicate that the time for decentralized finance (DeFi) — and decentralized asset trade — is now.  For a long time now, the world has worked in tandem with centralized or traditional finance, that is, where banks control people’s assets. Current trends — coming on the heels of the creation of Bitcoin and other cryptocurrencies — are leading towards “open finance” — a more transparent and individually-controlled type of finance.

Current banking charges and various restrictions are also leading many to the conclusion that DeFi (decentralized finance), or “open finance” powered by the blockchain, might be a more efficient global solution. One in which the individual would be the sole custodian of his assets. This leaves the door open for an “open source” system in which new instruments could be created, including newly tokenized assets through the blockchain — which in turn would allow for more transparency of issuance, repayments, loans and collateral. In these new systems, there would be no reliance on intermediary systems (or banks) to hold funds — and trades and loans could occur directly between individuals.

The recent trading frenzy around GameStop, an American video game retailer, for example, illustrates the advantage of decentralized finance. At the end of January, GameStop’s stock price soared around 1,700% — in the face of investors who bet it would fail. Small investors, on the other hand, invested in it, thereby pushing up the value of the stock, while other investors had to spend millions to cover their losses.

Following continued volatility in GameStop stocks (which recently soared to $348.50, then plummeted to $172 and currently stand at $265 per share), Bloomberg reported: “The GameStop Corp. trading frenzy has prompted US regulators to consider new rules for everything from short-selling to investing with options and gamification, indicating watch dogs are just getting started in responding to the market mayhem.”

The same lack of a system that would enable instant settlement led to a recent fiasco with Robinhood, a trading platform in the US, which had to halt trading certain stocks due to cash flow issues. Since many people were selling stocks, Robinhood didn’t have enough cash. Robinhood had to borrow billions of dollars and was still short of cash. So, they decided to restrict individuals from selling. “They decided they need a system  — and that system would enable instant settlement.That’s exactly what decentralized finance is doing. The recent events on Wall Street showed how rules can be broken, suspended or revised with minimal consequences by those big players,” SolidBlock Co-CEO and Co-Founder Yael Tamar explains.

At the end of January, in response to the frenetic surge in the price of several companies’ shares,  TD Ameritrade, among other popular online brokerages, started to restrict trading in those companies. In addition to GameStop (GME$), other companies affected by the “short squeeze” include AMC Entertainment Holdings (AMC), BlackBerry Ltd. (BB), headphone maker Koss Corp. (KOSS) and retailer Express Inc. (EXPR).

The “short squeeze” (or shorting) refers to the practice whereby investors, who have a “negative outlook on a stock” bet that the price of that stock will go down. They borrow the shares from an investor who currently owns the stock, sell them in the market, hoping that they can buy them back in the future at a lower price and return the borrowed shares to the investor. It is clear that what happened with GameStop was that so many investors took “short” positions that the “short interest” exceeded 100% — meaning that more shares were sold than the 100% — thereby, creating chaos in the market.

With the advent of Blockchain, Bitcoin and cryptocurrencies, experts see potential for a “tokenized solution,” for example, for taking out a loan with a crypto token as collateral — everything to be accomplished through “smart contracts” (a transaction protocol embedded in computer code managed by a blockchain).

Crypto is fast becoming the new frontier for decentralized financial platforms and markets. The trend is towards DeFi, to the extent that the DeFi market cap soared from $1 billion in 2020 to $30 billion in February, 2021.

SolidBlock is involved with the tokenization of assets, that is, with securitizing and digitizing an asset, in this case, with real estate. That means, first dividing an asset into shares that can be sold to investors; and second, digitizing or issuing these securities (tokens) on the blockchain. This means  that there is real potential for DeFi solutions for real estate through tokenization. This includes the ownership of real world assets such as real estate on the blockchain (security tokens). Tokenization is going to transform the way real estate is traded (bought and sold); and will result in all kinds of additional products that will come into the market.

People are interested in owning this asset class (real estate) as a way of stabilizing their portfolio and lowering the risk-level of their portfolio. 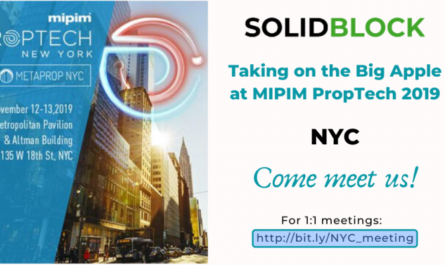 Taking on the Big Apple at MIPIM PropTech 2019 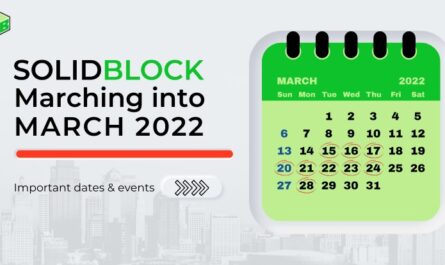 Marching into March at SolidBlock 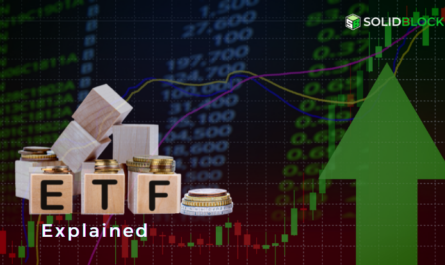