Get ready for the hottest news in crypto since… well… crypto.

If you’re connected to the world of DeFi, you’ve heard of Coinbase. Based in the US, it’s arguably the world’s best-known and most successful crypto exchange, wallet, and custodian– and now it’s preparing to go public, having submitted its draft registration form with the US Securities Exchange Commission (SEC) in mid-December 2020.  Industry experts speculate that the value of Coinbase could soar to $28B following a successful IPO.

None of us can afford to ignore this news. Twitter user @MacroScope17 was right on the money, tweeting, “Getting major flashbacks… to Amazon’s IPO in the 1990s… Feels very similar… including… a huge amount of skepticism and scorn.”

Remember when nobody believed a virtual bookstore could succeed?

So many people today are kicking themselves, realizing that if they’d bought Amazon back then, they’d be billionaires by now. In that spirit, here’s everything you need to know to get on board with the Coinbase IPO.

Coinbase is different. Today, the Amazon story is playing out all over again. Except the cycle is likely to be much shorter for Coinbase than it was for Amazon, which went public in 1997, but only started turning a profit in 2004. Coinbase investors probably won’t have to wait that long; in fact, the company claims it hit profitability way back in 2017, when almost nobody was making money in

crypto. Today, there are lots of companies billing themselves as crypto exchanges. So it can be easy to overlook the major, crucial differences that set Coinbase apart. Laying out the facts, it readily becomes apparent that Coinbase is doing something quite extraordinary.

Biggest contender. Currently, Coinbase offers the largest number of cryptocurrencies of any US exchange, though users have complained about the company’s confusing fee structure.  For many retail investors, Coinbase is virtually synonymous with crypto assets, since it’s the most major and most mainstream contender. Which is perfectly in line with Coinbase’s vision of itself as an “on-ramp” to the new, decentralized economy.

Feature-rich. Beyond its basic user model, Coinbase also offers a pro interface, which gives users access to even more currencies along with charting, automation, and crypto-to-crypto exchange options via stronger UX/UI design. It’s not for nothing that Coinbase prides itself on replicating the look and feel of a mainstream financial institution. This savvy company realizes the importance of building trust with consumers and conveying a solid sense that it is a legitimate investment vehicle. They have also worked hard since their launch to sever any possible association with the shadier reputation crypto may have gleaned for itself in its earliest years.

Industry rivalries. Within the crypto realm, there are numerous front-line rivalries which have made headlines over the last few years. One leading rival is Binance, which some see as the largest crypto exchange in the world by volume. A Forbes cover article in 2020 actually referred to Binance as Coinbase’s “archrival,” and in a flurry of media attention, Coinbase quit the US-based Blockchain Association lobbying group the day after Binance joined.

However, that rivalry, real or media-concocted, has nothing on the battle that may lie ahead of Coinbase following its IPO. Unlike many blockchain and fintech companies, Coinbase seems to view its main rivals not as other crypto exchanges, but big, mainstream players in the electronic finance and payment industries. Big players like PayPal.

The feeling is mutual. As far back as 2014, eBay (which then owned PayPal) pointed a finger directly at Coinbase in its annual SEC filing as a potential industry competitor in the arena of accepting and managing “virtual currencies such as Bitcoin.” The threat still looms today.

Coinbase’s IPO definitely seems to be part of a bid to outgrow and outpace PayPal, which entered the crypto arena in 2020 and is gradually rolling out a crypto-to-fiat exchange service in selected markets. Crypto can’t yet be used as a funding source with the 26 million merchants around the world who currently accept PayPal, but they promise that crucial step is coming early in 2021.

That will be a game changer in the drive to bring crypto into the mainstream, and will establish PayPal’s supremacy, at least for the time being, in the use of crypto for retail transactions.

But that doesn’t mean game over for Coinbase in the war on PayPal; far from it. Coinbase announced back in October 2020 that it would start offering a Visa debit card early in 2021, vying for supremacy in a realm where users are already complaining about PayPal’s numerous and steep service charges.

Given that 80% of Coinbase users are also PayPal users, taking on PayPal seems like a smart strategy. But is this arena truly a Highlander model, in which “there can be only one” winner? Probably not.

But the current reality is that, at least initially, PayPal will probably remain the favorite in the direct-to-consumer arena. Launched in 1998, PayPal enjoys a high degree of consumer trust. Even Baby Boomers, who are normally wary of online payment, have come to trust PayPal – and recognize that it’s often the best option when it comes to paying for goods and services online.

On the other hand, that gives Coinbase room to grow and establish itself in the arena of higher-end crypto trading and digital assets investing. By continuing to improve its pro interface,

Coinbase can thrive as a serious and reputable mainstream player. From there, it will have solid ground to infiltrate PayPal’s territory and start winning hearts with ordinary retail consumers.

The main area where Coinbase has outstripped its crypto competitors over and over again is in the area of regulatory compliance. In a 2019 interview with Vanity Fair, Coinbase CEO Brian Armstrong explained the company’s philosophy of staying on the sunny side of the law at all times. “We’ve tried to basically go out and make this industry trusted and easy to use by proactively seeking out regulators… we’re working really closely with our regulators to develop a regulatory framework for this industry.”

According to CBInsights’ 2018 “Coinbase Strategy Teardown,” Coinbase’s popularity is largely due to this proactive security position. “Coinbase has… maniacally pursued compliance with existing regulations and law enforcement, putting it on the right side of the law — [a] huge asset in a sector that is still in desperate need of regulatory guidance.”

Coinbase has never been hacked, unlike many of its competitors. And it’s been in the headlines a few times for foiling high-profile plots, as it did in July 2020 when over 100 Twitter accounts, including those of Joe Biden and Bill Gates, were hacked. Coinbase cracked down immediately, blacklisting the hackers’ wallet address, then crowed about it to the media, coming out a winner in the security realm.

At this point, anyone placing bets on which companies will emerge as winners in blockchain and crypto should definitely place their bets on ventures with a proven commitment

to remaining on the sunny side of law and regulation. Smart players will join industry lobbying groups and consortia such as FIBREE, the international industry consortium for consistency and regulation in blockchain-based real estate investment. And every fintech venture must ensure the backing of experts and senior advisors in international regulation, taxation, valuation (in the case of real estate and other tangible assets), and more.

The Coinbase IPO is definitely one to watch. But make sure you’re watching the whole playing field. Further IPOs for crypto exchanges are sure to be emerging later on this year. Not all will succeed; while Amazon eventually rose to the top, other digital book retailers were not so lucky.

If you’re investing, this is a great time to get in on the ground floor – with due diligence. Look for digital securities and crypto assets with a solid business model, ideally backed up by real-world assets such as real estate or existing customer profitability, as in the case of Coinbase.

Be wary of companies looking to profit directly from Coinbase’s IPO. For example, the FTX exchange has already started offering Coinbase IPO futures, which as of this writing are going for $288. Balances will be converted into Coinbase Fractional Stock tokens at the end of Coinbase’s first public trading day. FTX’s isn’t the only one – unofficial futures are also being traded on dex platforms like Uniswap. As with all futures, these investments carry the very real financial risk that the IPO might not happen on time – or at all.

Whether you choose to invest now or wait a little (but not too long!), the frenzy is sure to increase as the Coinbase IPO draws nearer and more details are available to the public – and as mainstream media wake up and realize the sleeping crypto giant is about to raise its head and roar. 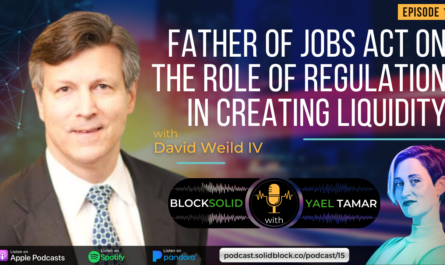 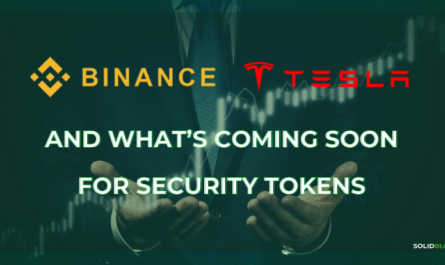