One of our best friends in this industry is ValueWalk, a group of publications that exist to keep YOU in the loop.  Their ValueTalks podcast is one of the longest-running in our business, going nonstop since 2017, and host Raul Panganiban is one of the best at cutting to the chase and finding the most interesting nuggets in any investment-related subject.

SolidBlock CMO Yael Tamar pulled up a chair to Raul’s (virtual) microphone to chat with Raul about… well, everything under the sun, starting with why she got involved in blockchain in the first place.

For Yael, the whole field had an immediate, almost magnetic appeal.  “I had a startup in the fintech space. Everybody was asking me why I wasn’t using blockchain. So I started looking into it, and I was really intrigued by the potential of blockchain to enable peer-to-peer transactions.”

Even though most people didn’t understand it well at the time, what was clear to Yael, “was that any startup that had blockchain as a core tech value would have a better chance to get funding.”

Drawing on her academic and fintech consulting background, she helped found SolidBlock in 2018.  At the time, there was so much negativity around blockchain, and a major crypto backlash, so she set about creating what she calls “a better mechanism for funding projects,” based on completely above board, regulatory compliant procedures and standards.  That mechanism?  Tokenization.

First, as a non high net worth individual, major insurance company, or securities trading firm, she wasn’t an accredited investor according to very tight SEC rules in the U.S.  That left her – and almost everyone else – out of the picture when the multi-trillion dollar global real estate pie is being divided up.

Second, as a non-US citizen, she also wasn’t allowed to participate in most conventional investments in the U.S.  In a day and age when borders are becoming less and less relevant, borders and local law are still surprisingly non-negotiable in conventional securities purchase, sale, and trading.

According to Yael, SolidBlock’s two-stage model for tokenization combines securitization – turning a conventional real estate asset into a recognized, legitimate security – followed by tokenization, fractionalizing that security into numerous smaller parts which can then be issued to certain investors through a private placement memorandum (PPM).

ValueWalk’s crowd consists of savvy investors and financial professionals, and the conversation ranged far and wide, from tokenization and real estate to securities in general and even a few personal questions (don’t even try keeping up with all of Yael’s hobbies!).

When it comes to investment, Yael admitted, it often boils down to planning ahead, and choosing the types of risks and benefits that are most meaningful and acceptable to each one of us, according to our own values, with a healthy dash of foresight.

Tokenization may seem new and unfamiliar now, Yael said.  “But let’s say you asked  somebody in the 1920s, ‘How do you get from A to Z faster?’ They’d say, ‘I want a better horse… maybe I want to three horses.’  Nobody would have said, ‘I want an automobile, I want to travel through the sky.’  But once you have those options, you can’t even imagine walking from New York City to San Francisco. Because now you have the airplane, right?”

“In just the same way, I think tokenization is going to transform the industry in a way that you’ll be able to build much faster and much better.”

Yael’s clear explanations and fun, casual chat with Raul make it even more clear than ever that SolidBlock is helping create the kind of future few financial professionals could have imagined even just a few years ago.  Listen to the whole podcast episode here.

And to chat with Yael about how you can make tokenization part of your financial picture going forward, click here to choose your best time for a call.

Around the World in a Day with CMO Yael Tamar 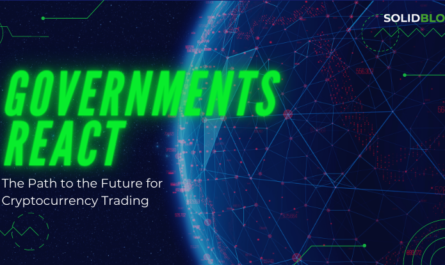