Tokenization represents the third wave of crypto – and that’s why I believe it will succeed.  It’s a pretty radical claim, but let’s look at the evidence.

The number three is both instinctive and psychologically satisfying.  In many fairy tales and contemporary children’s books, the hero learns from two past attempts and finally succeeds on the third try.  And according to Inc. Magazine, the U.S. Marine Corps uses a “rule of three” to make sure each Marine has exactly three tasks or goals at any given time.

All of which may not be too surprising, given that we make our home on a Goldilocks planet, the third rock from the sun:  not too hot, not too cold… just right.

But what’s surprising is how often the Rule of Three applies to business.

Take blockchain.  Let’s look at the evolution of blockchain offerings from a Rule-of-Threes perspective.

Wave #1 was the advent of Bitcoin and the dawn of the ICO.  Even though Bitcoin is still doing well, public confidence has been repeatedly undermined by people using crypto for sketchy darkweb activities, along with numerous unstable, unreliable currencies.

Wave #2 was the utility token, a great idea for funding and driving a particular ecosystem, usually around a startup.  Unfortunately, public confidence in utility tokens has been undermined by the fact that many of these businesses were poorly conceived and couldn’t stand on their own two feet.

The teetering instabilities of Wave #1 and Wave #2 have driven Shark Tank’s multimillionaire Kevin O’Leary to express doubts about crypto’s future.  He seems to love referring to a sample portfolio he invested in a few years ago as “crypto crap” because all it’s done is decline in value.

Another mistake of the first two waves was the “Wild West” mentality in which crypto offerings saw themselves as outlaws trying to get around regulatory authorities. This was a mistake, because we still live in societies governed by laws, paying taxes.  Plus, there’s a legitimate need to protect investors.

The Rule of Three leaves us looking around for a new crypto format that can fix these past problems and succeed big-time.

Fortunately, it’s not hard to see from here what it’s going to be:  the best candidate for Wave #3 is the asset-backed security token.

Unlike O’Leary’s “crypto crap,” security tokens aren’t based on hype and promises but on real-world assets, which could be anything of value.  Tokenization basically means splitting up and selling non-controlling shares in that asset, with the expectation of regular dividends paid to the investor.

The asset can be anything, from intellectual property like a patent to works of art to… what I believe is the killer use case for tokenization and third-wave blockchain as a whole: real estate.

Tokenizing real estate answers all the questions raised by the first waves of crypto investment.  And it answers the demands of the real estate market.  The market is hungry for a solution that’s not just workable, but better than anything currently available.

And here’s where tokenization really shines.

When you tokenize real estate, you democratize it.  Today, most real estate investment is open to qualified investors only, with a minimum investment threshold well beyond most individuals.

With tokenization, the pool of potential investors expands to include, eventually, with the right regulatory safeguards… almost everybody on the planet.  And that will inevitably drive up demand, increase liquidity, and create more opportunities for projects to get funded.

All of which means capital will become cheaper, as investors (who are real people) hook up directly with projects they support and believe in.

Sure, there may be a short-term shakedown.  Third parties and intermediaries who have made a fortune providing access to more expensive capital will almost certainly be forced out of the market by more efficient, cost-effective options.

But while some of the worst profiteers may be weeded out, other intermediaries will find a stable home in the new market.  Like appraisers, lawyers working within the blockchain smart contracts framework, industry professionals ensuring the reliability of developers for underlying asset deelopment, platforms that facilitate tokenization and distribution, and more.

The number three is hardwired deep into our brains.  The ancient Greeks figured dividing things into threes was practically sacred.  So do modern photographers and artists when they compose their images.  And mathematician and author Lewis Carroll wrote, “What I tell you three times is true.”

Rather than feeling threatened by tokenization, professionals just need to stay nimble and look ahead.  The Rule of Threes tells us exactly what to expect.  And it’s good news for all of us here on Planet #3. 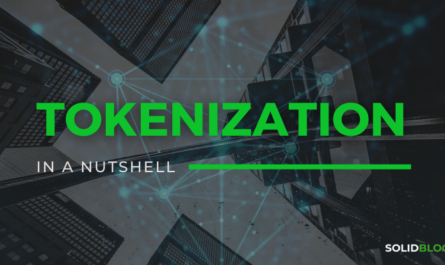 Tokenization in a Nutshell 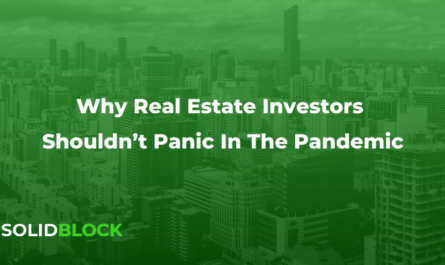 Why real estate investors shouldn’t panic from the pandemic 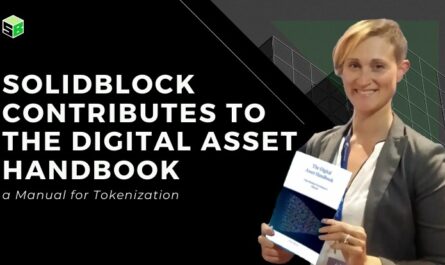 SolidBlock Contributes to The Digital Asset Handbook, a Manual for Tokenization